Add to Cart Add to Lightbox


The year 1982 saw the arrival of a new and striking architectural landmark in Brazil, in the city of São Paulo. It was the Centro de Lazer Fábrica da Pompéia (Pompéia Factory Leisure Centre), now known simply as SESC Pompéia. An architectural complex in some ways shocking, combining a red-brick building that had housed a drum factory since the 1920s – well proportioned, in the style of British factories – with three huge and unconventional concrete towers connected by aerial walkways.
Lina Bo Bardi, who had suffered ostracism for almost ten years, as a victim of the military regime and also of the conventional architectural outlook, surprised everyone with this gift to São Paulo. Paris had just seen the inauguration of the Pompidou Centre, an extravagant architectural model that caused a stir among students and young architects, and which would soon become a point of reference. It symbolised an escape route from a modernist model already somewhat in decline. Comparisons were therefore inevitable with the new cultural and sports centre that had sprung up in the district of Pompéia: they shared an industrial idiom; abrupt changes of scale; colours, many colours; and, principally, ‘strangeness’ in the context of their surroundings. And yet, despite all this, the two proposals were very distant and dissimilar in their origins, ideology and results. © Marcelo Ferraz 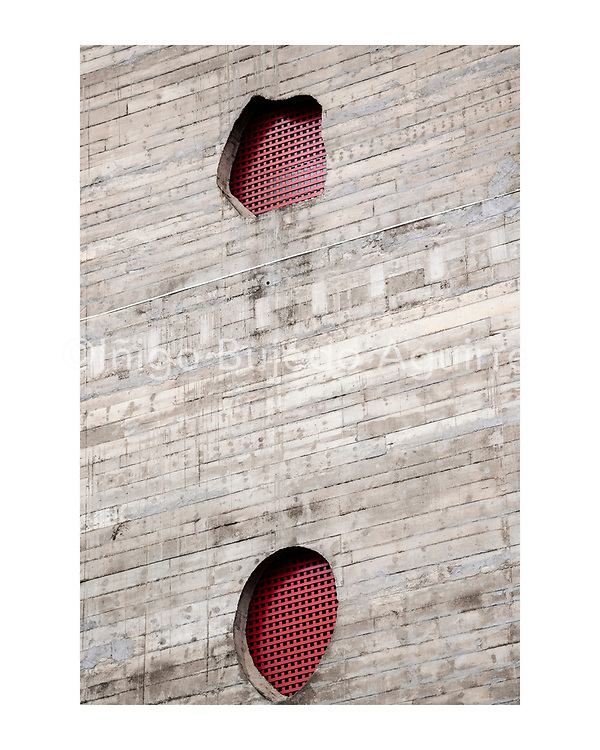